How Long Do Puppies Stay With Mom?

Make sure your puppy spends this growing period with their litter because the time they spend with their mother and siblings is crucial for development. A puppy may experience physical and behavioral issues if its parents separate it too soon. Puppies must stay with their mothers for at least six weeks; however, it is typically advised to wait for 8 to 12 weeks before separating the puppy from its mother.

Puppies should stay with their mother until they are eight to ten weeks old. You can keep your puppies physically and emotionally healthy by letting them be raised by their mother during this time. Your children ought to remain with their siblings in addition to their mothers.

Puppy formula from a pet supply store must be used to start bottle-feeding puppies right away if they were taken from their mothers before they finished weaning for any reason. When they are around 7 weeks old, puppies are generally ready to begin eating solid foods regularly.

It’s crucial for puppies to remain with their mothers at least until they have finished weaning. That might not be realistic in some circumstances, such as when the mother dog becomes ill.

Learning proper canine etiquette and communication as a member of a litter is equally crucial for a puppy’s development. Puppy housebreaking, for instance, is aided by the fact that puppies begin learning to eliminate away from where they sleep as early as 3 weeks of age from their mother and siblings.

If you’ve ever watched a litter of puppies play, you’ve probably noticed that they have lots of cool moves! But these play activities aren’t just for entertainment. The puppies are honing their hunting and communication skills.

Bite inhibition and not chomping down too hard are two of the most crucial skills that puppies learn through play. Puppies frequently grab their mother’s legs, tails, and even faces as they play with their siblings.

When a puppy bites too forcefully, the other will cry out to let the other know that the bite was too severe. When puppies act too rough, mothers will either act in a similar manner or may gently correct them.

Before entering the outside world, you must learn this important lesson because other dogs will be much less understanding of inappropriate puppy play than Mom! Another typical problem behavior that can later result in a dog being placed in a shelter (or worse) is biting.

Puppies will also practice a range of vocalizations and body language as they learn how to interact with their mother and siblings.

Because they are unable to correctly interpret the signals of other dogs or because they exhibit inappropriate behavior themselves, puppies who miss out on these early learning opportunities frequently struggle in later life with other dogs.

The critical early socialization period for puppies lasts from 5 to 14 weeks of age. Puppies are open to learning and experiencing new things at this time, and what they learn will influence how they live out the rest of their lives.

Puppies should regularly be exposed to new sights and sounds by breeders and other caregivers.

Puppies destined to be working or sporting dogs should be exposed to objects they will come into contact with in their future professions, such as sheep wool for herding dogs, a variety of objects and obstacles to jump over for agility dogs, and training scents for future drug and bomb detection dogs.

After you bring your new puppy home, you should continue these safe exposures, but early socialization with the mother and other puppies is also crucial for boosting self-esteem.

The puppies will observe how their mother responds to new people and things and then mimic her behavior. The puppies will likely feel comfortable around strangers if Mom is laid back and friendly.

According to studies, puppies who are taken away from their litter too soon are more likely to exhibit aggressive behavior, anxiety, resource guarding, reactivity, and inappropriate play biting than puppies who remain with the litter for at least eight weeks.

A puppy’s mother should never be separated from her too soon. Early separation during the puppy’s nursing period results in symptoms like weight loss, appetite loss, a weakened immune system, and an increased risk of illness.

When puppies are taken away too soon from their mother and siblings, they experience emotional trauma as well as possible behavioral issues. Biting is a frequent worry because puppies develop bite inhibition while playing with their littermates.

Read More: When Can Puppies Leave Their Mother

Caring For Your Newborn Puppies

Newborn puppies need ongoing care and attention, just like human babies do. Raising a healthy, well-adjusted puppy requires you to consider a number of factors.

Within 12 hours of their birth, puppies must receive their first dose of milk or colostrum. For the first few weeks of their lives, puppies have passive immunity thanks to the dominant antibodies found in colostrum. Your puppies might become more vulnerable to illnesses and infections if they don’t consume this exceptional milk.

You will need to act as a surrogate mother if your puppies can’t nurse for at least four weeks. Your young puppies must be given a high-quality milk substitute until they start eating solid food. At the end of every meal, make sure their bellies are round and full.

Additionally, pay close attention to each pup’s weight and appetite. Consult a veterinarian as soon as you notice a puppy who doesn’t seem to want to eat or who isn’t gaining weight.

Your puppies should begin the weaning process between three and four weeks of age. At this point, the puppies’ teeth start to erupt.

Make a thin, mushy paste by combining milk with nutrient-dense dry or canned food. The puppies’ mush intake should be increased every day. Due to their already-filled stomachs, they will, however, eat less on their own.

Gradually raise the liquid to solid ratio beginning in the fourth week. Your puppies should be eating semisolid food and prepared for full weaning by the end of the fourth week. They should be healthy enough to eat regular commercial puppy food by the fourth or seventh week.

The ideal time for a puppy to move into a new home can vary depending on the circumstances, but most breeders and veterinarians concur that 8 weeks of age is a good minimum. You’ll probably want to separate your new puppies as soon as you can if you’re a pet owner. It’s crucial not to split them up too soon, though. 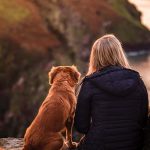 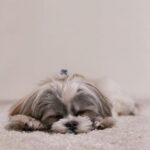 How To Stop A Puppy From Pooping At Night?
Tags: Puppies