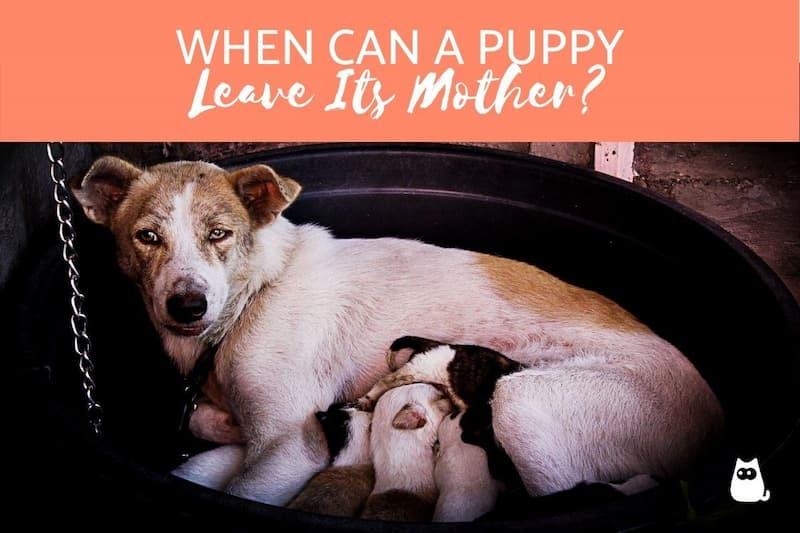 When Can Puppies Leave Their Mother

As a novice breeder or new owner, you may be wondering: When will the puppy leave mom? Most responsible breeders agree that puppies should not be separated from their mothers until they are ready, rather than being sold as soon as legally possible. research shows. Early separation can disrupt a puppy’s physical and psychological development. Our complete guide will help you bring your new puppy home at a time that works best for them and you.

Contents hide
1 Legal Limits Age Of Puppies When Sold
2 When Can Puppies Live Without Their Mother?
3 Can Puppies Leave Mother at 5 Or 6 Weeks?
4 Why is it Important to Rehome Puppies After 8 Weeks of Age?
5 Risks if Puppies Leave Their Mother Before 8 Weeks
6 How Long Should a Puppy Stay with its Mother?
7 Is it Better to get a Puppy at 8 or 12 Weeks?
8 Conclusion
8.1 Related posts:

About 25 U.S. states have legal requirements for the sale of puppies. Most of these laws state that puppies should be over 8 weeks old when they return to their permanent home.

So what is the purpose of this legislation? Why are 8 weeks so important? Why does The Kennel Club recommend that puppies not come back home until 8 weeks? These recommendations are based on a wealth of solid research done over the years on the physical and psychological development of dogs.

When Can Puppies Live Without Their Mother?

Puppies can leave their mothers at 6 weeks because they are no longer dependent on milk, but that doesn’t mean they should. There are many risks associated with an early separation. Through interaction with mother and pups, 6-week-old puppies are just beginning to learn proper play behavior and basic impulse control. For these reasons, it is generally recommended that puppies not be separated until they are 8 weeks old.

Both the American Kennel Club (AKC) and The Kennel Club (UKC) recommend that puppies should be over 8 weeks old at the time of relocation.

Can Puppies Leave Mother at 5 Or 6 Weeks?

Puppies should not leave their mothers when they are 5 or 6 weeks old. While a 5 or 6-week-old puppy may be fully weaned, it will not have all the necessary skills and behaviors to function properly. A 6-week-old puppy needs a lot of play, and during this time, he will learn bite inhibition. They will also learn to urinate and defecate where they rest.

Be very careful if the breeder tells you to bring your puppy home after 6 weeks. Responsible breeders should only sell puppies at this age in the worst-case scenario. This does not include the death of the dam. Your 5 or 6-week-old puppies should stay with their pups until they are 8 weeks old.

So, what can you do during this two-week waiting period? Days don’t need to be procrastinated. You can keep busy by getting ready for your new puppy! Make sure you have your puppy supplies, toys, and bedding ready. You will also need to do puppy protection at home.

Read More: When Can Puppies Leave Their Mother

Why is it Important to Rehome Puppies After 8 Weeks of Age?

Most breeders agree that re-breeding puppies between 8 and 12 weeks are the best policy. This is because this four-week window is a critical period of human socialization. This is a time when your puppy has to be with new people and experiences. Lack of socialization during this time can cause the dog to become frightened. From 8 to 11 weeks, your puppy will also go through another critical period. This stage is called the “fear stage,” and your puppy will go through two of them. During periods of fear, puppies are sensitive to traumatic experiences. One terrible thing is enough to traumatize your puppy for life.

Re-breeding puppies during these two periods help ensure they gain some human socialization, while also exposing them to new situations. It is vital that, as a responsible owner, you work hard to keep your puppy’s environment calm and as non-threatening as possible. Introduce any new situation in an optimistic and positive way to avoid causing more fear. You also have to practice dealing with your joys and get them used to be touched and held.

Risks if Puppies Leave Their Mother Before 8 Weeks

While puppies may be able to eat solid food at an early age, during this time they will continue to learn behaviors that are critical to their development. Between 3 and 6 weeks of age, your puppy will socially play with their little pals, learn behaviors related to bite inhibition and learn a preference for urination surfaces. Puppies that were prematurely separated from their bitches had a harder and easier bite than puppies separated at 8 weeks. They also develop other behavioral problems, such as anxiety, attachment-related problems, and dog-to-dog aggression.

For the first two weeks of life, your puppy can’t see or hear and is completely dependent on mom. If you separate the puppy from the mom in these early days, the chances of survival are reduced. Even if you bottle-feed with a milk replacer there is a chance you could lose the puppy.

Some puppies separated from their mothers start sucking on toys or favorite blankets very early in adulthood. This behavior may not be harmful and may actually be comforting to your dog. You do need to watch out for this behavior to become compulsive. Talk to your veterinarian or veterinary behaviorist if you are concerned about this behavior.

Puppies learn a lot from their moms and siblings. Separating puppies from mom and litter increases the likelihood of future behavior problems. While this doesn’t guarantee you’ll see behavioral problems, puppies weaned too early may exhibit aggression, resource conservation, fear, or other behavioral problems. These puppies can be more challenging to train.

How Long Should a Puppy Stay with its Mother?

To make sure your puppy is healthy and happy, they should stay with their mom and puppies for 8 to 12 weeks. Playing with siblings is key to a puppy’s healthy development. Mothers also teach children normal behavior, encourage them to explore, and limit their exploration in times of danger.

When puppies are taken away too early, they often struggle with behavioral problems later in life. These include anxiety, attachment problems, and lack of bite inhibition. For these reasons, responsible breeders will not sell puppies under 8 weeks old. Be very careful if a breeder is trying to sell you a puppy under 8 weeks old.

There are benefits to keeping your puppy up to 12 weeks instead of 8. While it’s perfectly acceptable to get your new puppy at 8 weeks old, a 12-week-old puppy has more time to socialize with their littermates and will start when they’re with the breeder in their room training. This means burglary should be easier when you bring your puppy home. Your 12-week-old puppy should have better bite inhibition than an 8-week-old puppy.

The potential downside is the lack of socialization. If your puppy has a reputable breeder, they should work hard to get your puppy to communicate with people, sight, smell, and sound before passing them on to you. If you have any concerns about your puppy’s development, please consult your breeder!

Early separation from the mother can disrupt the puppy’s physical and psychological development. If the relocated puppies are too small, the puppies may struggle with anxiety, poor bite inhibition, and attachment problems as they grow up. Therefore, reputable breeders will not sell puppies in under 8 weeks. 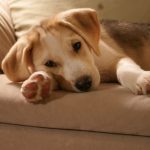 Can Dogs Get Hiccups?- What To Do When Your Puppy Gets the Hiccups 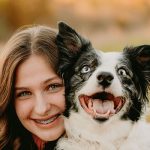 Are Puppies Born With Teeth? When Do They Have Teeth? 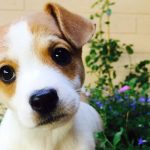 Can Puppies Leave Mother At 7 Weeks? No 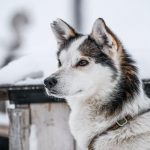